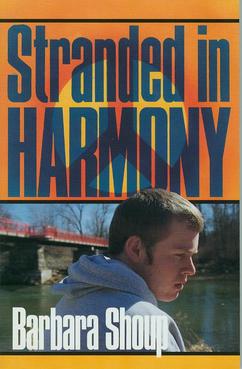 ​Lucas Cantrell seems to have everything going for him.  He’s the captain of the football team; dating a pretty, popular teenager; and headed to his first-choice college.  But Lucas feels trapped: by the expectations of his coach, who pressures him to inspire the team and lead them to victory after victory; by his father, who expects him to take over the family business; by his girlfriend, who assumes they’ll eventually get married.  Lucas becomes increasingly dissatisfied with the path he thinks he’s doomed to follow and lashes out, alienating nearly everyone.  The only person who seems to understand his yearning for a “real,” meaningful life is Allie, a woman with a mysterious past who has moved to Harmony.  With her help, Lucas is able to envision a life for himself and finds the strength to make his own choices.